Recently I start to evaluate the feasibility of porting one old C++ Qt4 project to PyQt5 since Python is more friendly for some engineers.

The following steps was test on Ubuntu.

If you haven’t install Qt Designer yet, we’d like to suggest install it as well:

After installation, we can perform a quick check by a simple PyQt5 program:

We could see a simple window with a label on it after executing this simple code:

In this code we created a QApplication and run the event loop via exec_() method.

In the first example we “designed” an application UI by coding, but in real project we have much more complicated UI for applications which is hard to design without UI designer. For PyQt5, we could use Qt Designer to design UI as before but we need one tiny utility to transform *.ui file into python code.

i.e. If we drawn a simple UI like this in Qt Designer and save it as test.ui: 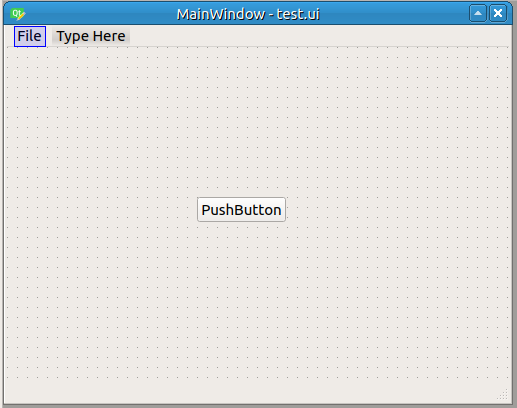 Then we use pyuic5 to generate python code from test.ui:

Then we can get test_ui.py:

Then we can start coding with this file by inheriting class Ui_MainWindow:

Here we defined a class MyMainWindow which inheriting from QMainWindow and Ui_MainWindow, then we defined __init__ method which will setupUi and binding button clicked event with onBtnClicked. When pushButton was clicked, we can see output in terminal: 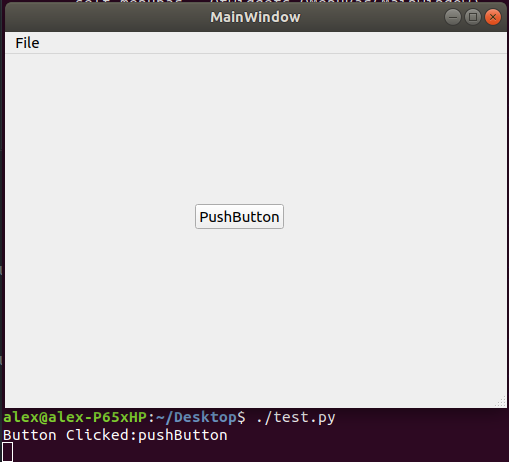 So far we still not sure about the performance differences between Qt(C++) and PyQt5 but as far as I can see PyQt5 could be one of the options for those engineers who is not very good at C++.